Congratulations to  our His Majesty Sultan Qaboos bin Said and us the People of Oman on the Joyous Occassion of the 42nd National Day!

May Allah SWT Protect and Preserve our Nation Always – Amin 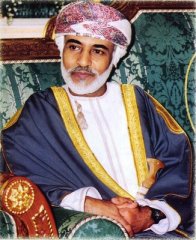 MUSCAT — A paradigm shift at the top management level among the private companies can certainly induce a sense of commitment and bonding among the Omani employees resulting in the increased productivity reflecting on the company’s returns, according to a recognised Omani CEO.

Anvwar al Balushi, who has been ranked third among the Most Revolutionary CEOs in the Middle East and North Africa (MENA) region, said Omanising not only the middle management level but the senior management level can certainly have positive impacts on the organisations.

“Omanising the CEO level will influence the work culture, the work environment and productivity of the employees in the organisation. Hence, the authorities must consider stipulating the private companies to employ nationals to be the CEO’s”.

In comments to the Observer, Anvwar explained the reason behind such an opinion. “In most of the companies where expatriates are sitting at the top, the senior management is either reluctant or hesitant to delegate and assign tasks to Omani employees saying ‘I cannot assign any task to him; because he is an Omani’ and they are paid for being an Omani which is not right”.

“We have highly qualified graduates who can be moulded according to the company’s vision, mission and set goals. They can be equally or more efficient than many of their expatriate colleagues”, Anvwar, who is the Group CEO of the Majan Consolidated Company LLC, said.

“Some years ago, when it was instructed that the branch managers of banks should be Omanis, there were prejudices and reservations as to its feasibility was concerned. But see today, all the branches of leading banks are run by able national graduates running their show successfully while achieving the Omanisation levels to 90-95 per cent”.

He added that this present scenario has a chain effect where these expatriate CEO’s are paid big salaries. “Today, majority of the CEO positions are held by expatriates and they are paid hefty salaries and other perks. One can assume that a huge chunk of this money is pumped out of the economy which is supposed to be rotating inside the Omani economy.”

He said “An Omani CEO can better understand his colleagues and work for their prosperity than an expatriate CEO. In return, the employees will struggle towards the common goals set by his top management aiming to prove his ability and skills”.

Al Balushi was ranked the third among the revolutionary CEO’s of the region for his leadership qualities, HR skills and his company profile by Naseba, a French Business Information Group recently.

What do you think?? Views welcome!

My Arab Management Books (and Others!) at www.myown-ebooks.com and www.bethesafedriver.com