My Most Vivid Dream! The Sequel!

In one of my articles, that I had written as a young boy for a National Writing Competition in that distant land was titled – My Most Vivid Dream! I have never given so much details until now what I had really dreamt in that dream – because sometimes it is better that way! But in a nutshell the dream had never turned to reality – but only to find myself instead – with my family – returning to Oman – after my late father had left for East Africa as a young man with 2 of his children – my late elder brother and sister aged then at 12 and 10 respectively!

As Muslims, we believe that once someone has died – there is no sort of communication between the dead and living! I was talking to one famous Religious Scholar one day and telling him about a dream I had of my late father coming to me to console me – and this was at a time when I was very sad and distraught about the things that were facing me in my life then! 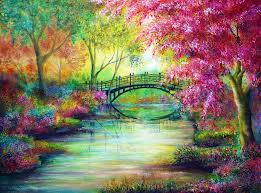 My late Father had put me on a coconut tree and he was shaking the tree like a child’s swing! All the time trying to console and comfort me! The Religious Scholar was visibly upset that I believed in such things – and was trying to convince me ‘that it was a big sin’ to believe in such things! In the end, seeing I was not agreeing with him – and wanting to depart on cool terms he added that ‘because we think too much on these things – that is why such dreams come to us!

Anyway, last night a bit disappointed – because I thought today Thursday August 8th would be Eid – being a diabetic case and finding it more hard and difficult as the years go by – I had another of these mirage dreams!

It all comes from all these continuous disappointments I had with the said Newspaper and also some delicate intricate family issues – and perhaps the reason why I had dreamt again! This time my late Father was a bit angry and disappointed with me! He was saying to me ‘to stop hurting yourself and banging your head against brick walls – making it swollen and red – and that you are just wasting your time, efforts and energies – because you cannot ‘change anything in the society’ – like I had told you before many times – but you still you do not listen to me!

Please stop these things now – he implored – and almost begged me – before I woke up with a start!