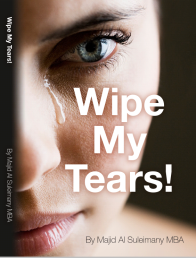 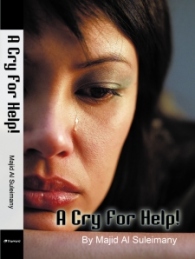 The Need To Be Really Serious!

Typically, he asked me if anyone from his company had contacted me – because being in Management – he knew that they were looking for a full time experienced HR Professional (Omani) but have still not found one that was meeting their requirements and expectations! He wondered aloud with me as ‘to why they did not grab this opportunity’ being thrown at them? I said I would not do – but he should know better as he was working for the Company – and he was in Management himself!

Frankly, I have received some offers that included:-

Nothing has changed much on the ground – and the mindsets have remained unmovable and unchanged – despite changes all around them – and all the rhetoric and façade of pushing Human Resources, Training and Development, Omani Recruitment and in Omanisation aspects!

As a LinkedIn member, I get so many requests from young Omanis for connections – ‘Looking For A Job’! My heart breaks out and burns when I look at their profiles and I find that many are educated and qualified – but lack work experiences! Still yet no one has come forward to offer them a break or an opportunity! I know of certainty of my niece educated and trained in Oman in a Omani College with Omani Credentials and Qualifications in Human Resources – two years down the line – with No Job Offer – despite HR being the rage – and most talked after subject – even before SMEs and Self Employment per se!

Many of them have had their families educate and train them – or now have to pay back Educational Assistance loans that they have taken from the Banks – which places a heavy burden on their families – causing rifts and strife at home – even bordering domestic violence syndromes! Some have lived very difficult and hard lives – in order to survive in teaching and educating their children! Some have even sold their villas and extra cars in order to improvise and survive – with no let out or light at the end of the tunnel! With family strife – and breaking up of the families – and their youngsters jobless wandering off ‘to lost give up ways’ – bad company, drugs and violence trends!

Every day I look at the newspapers – and find adverts from ‘Visiting Oman’ Applicants looking for a job – many of them highly qualified and experienced – and who are ready to accept far low packages offer ‘if they work at home’ – or not formally linked to the employing companies!

The bitter truth is that many of the General Managers and CEOs are Expatriate controlled – and even the few ones by locals are by The Old Guards that prefer ‘no rocking of the boat’ – and want expatriates under them so they can ‘control them’. Similarly the Expatriate ones want meek docile not strong characters Omanis under them – more as a window shopping exercise – and for façade, showoff and rhetoric mainly!

That is why they prefer to promote ex HES, PRO and Admin Clerks as HR Managers – so they can do their bidding – and can agree to be controlled – both by The Expatriate Mafia = and The Weak distrusting Old Guards – that simply do not value our own – and like I always say in my writings – like that General that ‘shoots at his own troops’ or ‘friendly fire’ in military terms! Forget about ‘collateral damage’ for a change!

How long can these things go on before the cinder fire burning heatedly deep inside explodes?

Yet we see all around the havoc and destructions live on Television – from neighbouring countries to far – some brewing internally – and some already on the surface – starting from a minor thing like 20 students graffiti to ‘destruction of the whole country’ – to farcial elections of new leaderships in failing environments – with more to come still?

Like the Arabs say too – No one is deaf but with ears but cannot hear – blind with eyes but cannot see – and with a mouth but cannot speak! Or allow others to speak! Or as The Romans say – Those that the gods want to destroy – they make them not hear, see or speak!

How can the Young Omani fare in The Private Sector with everything working against him all around!

You be The Judge – and You Answer The Question!

No wonder they wanted to Kill off my columns as soon as they could!.

This is My Last Call! I am really – really – really tired banging my head against brick walls – and making it swollen and red only – and The Real Loser – again and again – is me personally and my direct family only!

We Need to Be Really Serious – before it is too late for everyone – and we lost that thing that we dearly loved and valued – by not preserving it – letting it grow and prosper – by our selfishness, bad hearts and intentions – by polarization – and failing to  –

Stand as One! Under One Flag – One Nation – One HM!

Destroying all his Great Works – and failing to appreciate and value his personal sacrifices – that has made us today hold our heads high with dignity, respect and esteem!

I did not put any pictures – because ALL THESE THINGS I HAVE SAID BEFORE!

THIS IS MY LAST CALL!