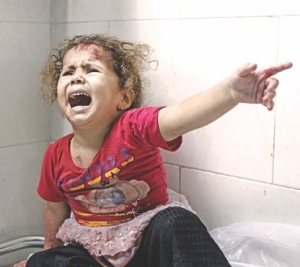 Or Live and Let Live!

TO ISRAEL, ITS BACKERS AND THE HYPOCRITES BETRAYALS – NOTHING IS PERMANENT IN THIS WORLD! EXCEPT GOD! YOUR DAY WILL COME SOONER THAN YOU EXPECTED!

And the Arab Leadership are afraid more of human beings than God Allah SWT – only eternal fire and punishment from the grave await you – Remember your Religion!

A Call To The Arab Armies To Help and Save The Situation!

I am writing this as a human being – and a citizen of the land – and with rights and freedom to express myself – though trust me – I hate ‘politics’ for sure – and even in writing it!

Writing is a struggle against silence. Carlos Fuentes

This article was written on November 5 2012 with the last invasion. If you read it all over again – it is history repeating itself against the biggest prison camp in the world of Gaza – whilst so-called Democracy and Freedom Preachers and their Associates and The Hypocrites look the other way – because they are more afraid of people rather than God Allah SWT! Shame on all of them – especially The Hypocrites! 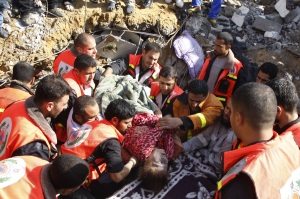 As a small boy of 5 years of age I used to wonder out aloud this tease from the African elders that they used to make after a hawk (eagle) has scooped down and taken up in the air the hurriedly and scurriedly running for cover baby chickens with its mother. Even the cock used to run too – instead of facing its ground the adversary! The tease (joke) was that the chickens were cursing that ‘May the sky fall on the eagle!’ You cannot blame the Mother Chicken for saying that seeing its baby has already been taken away by the hawk! It is a desperate vain attempt to go on with life – with all the hawks around!

You will excuse me for the also simile and the metaphor – especially to those that love and defend our adversaries in privacy and in secrecy – whilst pretending and acting in front of us for whatever reason like wishing to keep the job and welcome etc. But if I was a play or drama writer – and I had money to spare – I would write this satirical tragical drama of how the so-called Israeli leaders find themselves lumped together and meeting Hitler in burning eternal hell – and their protesting that a grave and serious mistake has been made! Only this time of all the machinations and schemers of their controlling media and their supporters would not work – because it is God that they are facing now!

In my life one thing that I hate the foremost is in ‘cursing people’ – but I can easily curse those people that do not see much or a great deal of killed babies, children and women – and even men – when bombs rain down on their homes – and killing entire families at one go! Sometimes I feel that even if he is in Hell – but Hitler and his Nazi cronies cannot afford but smile seeing his victims ‘doing it also to other peoples’!

You will excuse me also for sounding religious and all the semantics and similes involved – and for those that do not know it – or know but prefer to marginalise and to ignore! But our Great Prophet Abraham (Ibrahim) – peace be upon him – is turning in his grave seeing his grandchildren doing these things to each other! I am saying this as a Grandfather feels seeing sometimes my innocent young grandchildren fight each other – and with typical ‘chip of the old block’ feelings and expressions like ‘do not like you’ escapades and remarks! 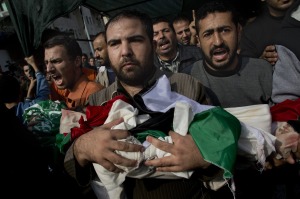 I am very certain and convinced that there would be some people saying to me that you are only looking at one side of the story – and not both sides – and ‘we expected better things from you’! I would retort that is how they control their media and our minds and outlooks – because Israel (and their supporters – disappointing others again – too soon too!) – are very good in pushing things to the maximum – and when people react – unfortunately negatively and to their disadvantage – they start ‘history and episodes’ from these incidents – and not from the start of what they did! Sadly and with great hurt and sadness too their blind supporters of whatever Israel is doing to others.

When Saddam Hussein attacked Iran (the Mullahs!) we in the Arab world remained quiet and passive – though we were warned and cautioned that one day he will do the same to us when that was over. Either we ignored it – or thought it could never happen – but it did happen in the invasion of Kuwait – and all Hell was let loose!

It seems to me that once again we have not learnt our lessons of history. I am saying that with due respects to both sides of the equation – that wants to divide the Islamic world into contrasting and conflicting political zones! And if those that see what is happening in Gaza now do not awake up from this deep sleep and slumber – then let them sleep for good and not wake up ever again – because a person who can do this to your own brother ‘is definitely not your ally and or friend either! And you have got your priorities all mixed-up and all wrong!

And that brings me to my next point I wish to make here too! The biggest casualty and victim in such wars is The Truth! It is just degrading and shameful – I would even say disgusting, repugnant and pathetic when ‘people in leadership’ who should know better take side to support blindly what the true Aggressor is doing to other human beings! Also to both sides not to make a worse situation turn even more worse!

If the Arab spring uprisings have not forewarned and w\’woken them up’ – let me try a desperate last attempt in resuscitation! Which is this! Even the young Arab true blood (and even Muslim) abhor and are disgusted to see what is going on – and done to other people by these peoples – who were themselves holocaust victims – but have now easily and conveniently forgotten. Our Great Prophet Moses (Musa) is just another chapter in the history!

What I mean to say that future relationships between people – especially with the young ones – are critically damaged – and that is not only internationally and globally – but even internal too. The world now has become a more dangerous and unsafe place with all that is going on – and the increased extremism, fundamentalism and radicalisation – and sadly and tragically with the younger ones too – and the future leaders in society

People should learn to live and let live – and we have enough problems and hardships already to be increased by such unneeded wars, destructions, malaise, decadence and wastages of wars. And we will all die one day – and meet our Maker! If you had escaped the Human Rights courts of the world – there is definitely a Higher Judge just waiting for you – and that will be the day when you meet him!

I would advise Israelis and all their supporters to hear the interview between Sir Robert Frost and Bishop Desmond Tutu in Al Jazeera – posted here too in www.majidwrite.com – and time to change fast before it is too late!