Why do they call you ‘Magic’?

Why do they call you Magic?

When I was studying in UK in the 1970s, there were some British girls in my class! They found it strange that I was not following them like the other foreign students in my class! It had nothing to do with British girls or not, but I was always a Loner and keeping to myself alone!

You can feel hungry always, and look at the Menu! But ordering the food can be something quite different! You can also see smell the food – but partaking it can be quite something different! Excuse the pun – and the rhetoric here!

Anyway, the braver of the girls (and the more forward! Sic!) asked me lots of curious strange questions – like how many oil wells your family owned? Or how many wives your father had? And even the brazen one – how many wives you had? As if I was already married for that matter! But the more smarter ones for sure were those who noticed I did not wear any rings – and probably, therefore, a good catch!

There were some for sure who thought I was weird – and something fishy and weird for that matter! Thank God that some dared not ask me what was in their minds – because I would not have known what answer to give – or how I would have reacted to such probing intrusive personal questions!

So the conversation and questioning went on something like this!

Let us call her Amanda – actually there was a girl by that name – and she was really pretty tall and all the ‘catching stuff’ per se!

Amanda – Hi! What is your name?
Me (sigh) – Majid!
Amanda – What???
Me – Majid – Spell – M A J I D!
Amanda – What??? Oh! What does the name mean?
Me – It means Glory in English!
Amanda – Oh! So you are Glory? You do not look like one! Sorry!
Me – (Quiet) – I was about to give a crude reply like – call me whatever name you like stuff! Sort of think! Sic!
Amanda – You know what? Cannot comprehend that name! Difficult! What else can we call you?
Me – (Quiet!)
Amanda – now joined with the other girls! You know what? We shall just call you Magic!

Magic it had always remained – till the last day of the College!

Now you know why I ended as Magic! Magic it has always been – at lease nearer to Majid than any other English word to my name!

(* Apologies to those who had thought perhaps deeper more sinister meaning of Magic than the crystal clearer one above!)

I always used to ask my late Father Sheikh Said – PBUH Allah Rahmah – how he felt when his Mother – my paternal grandmother – was married to someone else after asking for her divorce – when my Grandfather Sheikh Nasser Zahor Al Suleimany – Manah – Nizwa – PNUH Allah Rahmah – went to Africa from Oman – staying there for too long whilst he married other women – leaving grandmother alone for a long time!

The great lady got only one other son – my Ami Uncle Sheikh Ahmed Salim Al Wadhahy (still living!)
So I used to ask my Later Father Allah Rahmah – when he was alive – how do you feel about your only brother – Mother side?

He looks at me weirdly – but avoids telling me what is really in his mind – till one day in his better moods tells me – I do not blame my Mother – but more my Mother!

Full story in my Book Psychology of Arab Management Thinking!
But briefly – my Mother had also only one brother from her Father side this time!
Poor man – ** he never married again after my mother – but my grandmother surely did!

Frankly, I like both – but B more compared to C!

So in short we are such a unique family – at least you can call us as that!

More of such stories in my Between Us Only! books series! 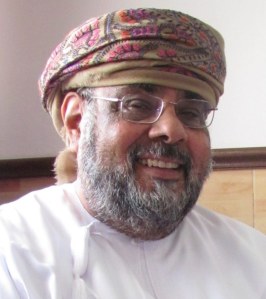 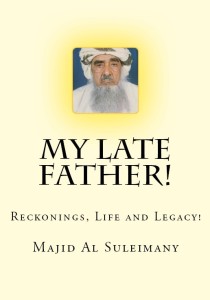 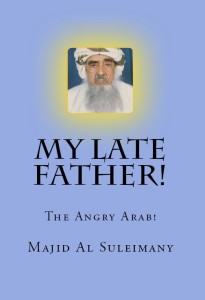 My Late Parents – Allah Rahimuun – Peace Be Upon Them!