Or The (African) Island Touch!

Do you believe in these paranormal ghost things? These things were common occurrences in this place!

The Island – When I was a young boy in this island I grew up in East Africa (Mafia – not the Italian one) but the Arabic one for the place (island) without (She without) – also known locally as Chole – there were a lot of scare and weird stories there. These are not tales that I was told, but had actually experienced myself, family and or by my close friends! See Mafia Island Images Below!

For example? Like cars cutting off engines whenever they reached one special baobab tree, especially after evening prayers (Maghrib) and for no reason. It never happened when our late father (pbuh) was there! In one incident when it happened, my late father shot in the air – and the truck mysteriously restarted!

There was this beautiful damsel wandering in the night (very tall fair Arab lady). They said she was a ‘Jinn’ (ghost, fairy) trying to trap gullible (and usually drunk) men. It was said she actually walks through walls. If that will not scare you to run (and forget all others ideas you had in your head) what else will? I never met her – but our houseboy did! We heard his screams late at night!

We used to mock these things that they used to make people collect cashew nuts whilst they thought they were dreaming it in their sleep – only to find it the hard way when their hands reeked of cashew fruit next morning!

Travel Express by Night – One old Bedouin (Omani) telling my father one day early morning ‘that our grandmother had died in Hail Al-Ghaaf (Quriyaat)’. In those days mails took a month, when the letter was received, it was the exact date (the man had insisted to my disbelieving late father to write down the date!).

It was said this man traveled at night (how – do not ask me! I never asked him, nor did I want to find out!) to and back to Oman. To prove his point, he had fresh ripening dates in his house (guess nobody ate them except himself, who else in his right mind would want to try?) It was always in summer time – I came only to know when I returned to Oman in 1972 was the time of dates!

There were so many stories In this island, of so many stories of people changing into ‘cats and monkeys’ and coming to people’s houses (we used to think our poor dad (pbuh) had lost it, when he used to shout at them in Arabic – to go away, and they actually did!).

There is also this one! How my late elder brother (pbuh) beat a cat badly because it ate his food. Next day he was seriously sick, everybody said he was a goner. They had to go to apologise to an old African man who looked like he was just beaten up! Only then my brother recovered.

The Haunted Hotel Room – The hotel Reception offered me this room on the top floor. It was at a reduced rate. The Reception Staff lady said to me – You are Omani. So you will be okay in the room! I refused to take chances – and rightly too – as it emerged that the room was haunted – and there was an evil presence in the room. Next morning the people found themselves on the floor thrown from the bed – in the bath tub – and hearing angry hissing voices – like get out from my master’s bed!

I would have discounted this as just whim. But I met someone later one I knew well who had tried the room – and met exactly the same fate. It seemed the hotel was housed in a large family house belonging to an ex Omani famous family. Some of the family members were massacred in the Revolution – and the rest had all left the place soon afterwards!

The Singing Pretty Damsel – There was a great disbelief – but one person was ready to swear on his mother’s grave – that he had a glimpse of her at the haunted house as dusk was setting! Only two brothers lived in the house. They were aloofers – and were marked as hermit misers! The man swore he had never seen such a beautiful woman before in his life – she had long hair – and was singing a Faiza Ahmed (Arabic) song! She was tall and very fair in complexion. When he looked into the window – she instantly disappeared – but he felt his whole body going into a chill! Then the fierce dog of the house barked loudly – and he just ran non-stop back to the village!

The People of the Night! – As kids we used to go out early in the morning before dawn to collect fresh fallen from the trees mangoes! In one place we heard as if someone was moving in the shrubs near us – moaning loudly! Next day we met this old local woman who kept staring at us! She was known as a Mchawi – Mwanga – or as you and I understand as a witch!

She lamented to us – You be careful in your fruit mango picking things – because you are disturbing some other people out doing their thing (job: business)! Lucky they know you – or they could have harmed you! Actually we did not really need to collect the mangoes – as they were always being sold to us the family very cheap! But boys will always be boys! We stopped the mangoes collecting exercises soon after this!

The Big Question – The big question I keep asking myself since a kid! How come the people practicing these are always still poor, destitute and in need? Or why don’t they help us fight our adversaries?

Hope I did not scare you in the process! Being scared and afraid is normal human trait and behaviour – nothing illogical, alien or strange either! Or illogical and inconclusive either! 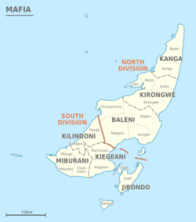 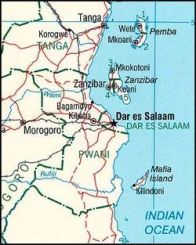 The Very Tall (UFO) Person – Our farm boy was returning to the farm at Wayani late at night. Then he saw this very tall looking person, pulling chains tied to him! When asked if he was local or not – he said I did not stop to look! But the tall person was wearing the long white dress put for funeral purposes! The man was admitted in the hospital for acute shock! He was exclaiming loudly what he saw at the hospital ward. Two days later he had died! People just put it to him turning mad and senile – and seeing things! But was it really? True the man liked the local drink Uraka – made from fermented cashew fruits!   But is it that all to make the person so scared … to death?

The Car Lift Gone All  Wrong!  It was coconut picking season time. So he was driving very late at night. He nearly hit the local woman who was standing on the road – after his car beams picked her out from the shadows!  So he asked her – Mother – what are you doing late at night? Get in the car – I will take you to the village. She reluctantly got in! After awhile talking incessantly to her – but she was not answering – so he turned around! She was not in the car!

A few miles on – he saw her again by the side of the road! This time she was stopping him for a lift! Again she was standing in the middle of the road! He said to me – I drove through her. I thought I hit something – because I found the car shaking! He did not stop – or look back. He put loud the Quraan cassette – and reciting along! When he told the villagers – they did not disbelieve him! They mentioned one old woman who had died many years ago! The woman was famous for asking for lifts!